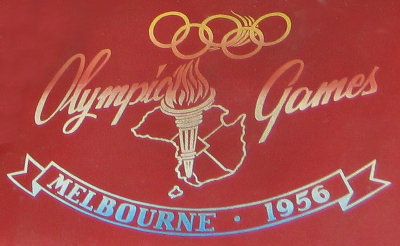 It has now been 10 years since the Commonwealth Games were held in Melbourne, so let’s reflect back on one of the city’s greatest sporting events.

The Commonwealth Games are an international multi-sport event for athletes from the Commonwealth of Nations, consisting mainly of countries who were part of the British Empire.

Fifty years after staging the 1956 Olympics, Melbourne won the honour of hosting the 2006 Commonwealth Games. With Melbourne’s strong sporting culture, venues including the Melbourne Cricket Ground (MCG), Melbourne Sports and Aquatic Centre, and Melbourne Park were already established. As with the 1956 Olympics, the MCG was again the main stadium and underwent a refurbishment for the 2006 Games.

The mascot for the XVIII Commonwealth Games was Karak, a red-tailed black cockatoo. It was his job to spread the word about the Melbourne Games all around Australia and, once the Games began, to help educate visitors about what Melbourne has to offer.

A Commonwealth Games tradition since 1958 has been the Queen’s Baton Relay. The relay for the 2006 Games commenced in England on 14 March 2005, a year and a day before the Games opened. The baton is a symbol of unity of the Commonwealth nations and contains a message to the athletes from Queen Elizabeth II, which is read at the Opening Ceremony. Originally, the baton only travelled between England and the country hosting the Games but since 1998 other Commonwealth nations have also been included in the relay. 2006 was the first time that the baton visited all 71 Commonwealth nations, travelling over 180,000 kilometres. The baton arrived in Australia on 24 January 2006 before being relayed around the country, visiting all states and territories. It arrived at the MCG for the opening ceremony on 15 March.

The opening ceremony was a spectacular event that took in not just the MCG main stadium but also featured a sound and light show along the Yarra River. There was also a collection of giant water creatures on the river, one representing each country of the Commonwealth. Back at the MCG, features included a flying tram, filled with performers, which landed in the centre of the arena. Victoria’s indigenous culture was also highlighted. The Commonwealth Games were officially opened by Her Majesty Queen Elizabeth II.

Each of the Commonwealth’s 71 nations was represented at the games. Athletes and officials were housed in a specially built village at Parkville, only a few kilometres north of the Melbourne CBD. The Games Village had the capacity for 6,000 residents, and since the completion of the games has become commercial housing.

Once the competition got underway, there were 16 sports contested. Swimming, diving and synchronised swimming were officially grouped together as “aquatics”, with different formats of cycling, shooting and gymnastics also regarded as a single sport. Four of the sports were also contested by elite athletes with a disability (EAD). These were athletics, powerlifting, swimming and table tennis, with the events being integrated into the general competition.

Longer, outdoor events took place at various places around the city. Walking events were held around the Docklands precinct. Highlights of the marathon course – which started and finished at the MCG – included Beaconsfield Parade beside Port Phillip, Albert Park Lake, and the Royal Botanical Gardens, which was also the site for the cycling road race. The triathlon and cycling time trials were held along the St Kilda foreshore. The mountain bike competition took place at Lysterfield Park in Melbourne’s outer south-east, while shooting events were held in three locations – Port Melbourne, Lilydale and Bendigo.

The 2006 Games were a great success for the Australian team. After the eleven days of competition, they were at the head of the medal table with 84 gold, 69 silver and 68 bronze medals; a total of 221 – twice as many as England in second place. England’s total of 110 medals included 36 gold, while Canada, in third position, won 26 gold in their haul of 86 medals.

As is often the case, Australians performed extremely well in the pool, especially the women. There were 54 medals, including 19 gold, won by Australia’s swimmers. The best-performed swimmer was Libby Lenton, who collected a total of seven medals, including two freestyle and three relay golds. The most individual gold medals in the pool, however, were won by Leisel Jones, who made a clean sweep of the three breaststroke events and also won a relay gold. Three other female swimmers also took two individual gold medals each. The only Australian male swimmer to win gold was Matthew Cowdrey, who won two EAD freestyle events.

Other top Australian athletes were Nathan Deakes, who won both the 20 km and 50 km walks; Ryan Bayley with two golds and a team bronze in cycling events; Joshua Jefferis with a total of four gymnastics medals, including two gold; and Lalita Yauhleuskaya, who won two shooting events. In team events, Australia was successful in both men’s and women’s basketball and hockey.

Other outstanding performances of the Games were those of Canada’s Alexandra Orlando – who took five gold medals in rhythmic gymnastics and also helped her country win the team event – and Indian shooter Samaresh Jung, who won five gold, one silver and one bronze medal. He also set three world records and won the David Dixon Award for the most outstanding athlete of the Games.

In addition to the sporting events, another highlight of the games was Festival Melbourne 2006. Events such as music concerts, street performances, exhibitions, a circus and indigenous culture all featured in the twelve-day festival. Entertainment was free and held at venues such as the Sidney Myer Music Bowl, Federation Square and the Alexandra Gardens.

The Games closed on the night of 26th March, following the completion of competition earlier that day. The closing ceremony saw performances by some of Australia’s top musical acts. An upside-down globe, depicting Australia as being on top of the world, was also a feature. For the first time, games volunteers were invited to be a part of the closing ceremony, in recognition of their efforts throughout the event. The official closing of the games was performed by His Royal Highness Prince Edward, after which there was a city-wide fireworks display.